When gaming laptop fans get so loud, it can become annoying and interfere with gaming or anything else you are doing.

Gaming laptop fans get loud as a result of spinning extremely fast in an attempt to dissipate the heat produced by their internal components, mainly the processor and graphics card, that are placed in a confined space. Software-related issues can also cause fans to get very loud.

The loud noise you hear is produced by hot air as it rushes out through your laptop’s air vents. Some people go as far as describing the noise as being comparable to that of an airplane taking off or a wind tunnel.

In this article, we’ll look at possible causes of loud fan noise, and what you can do to fix them. Here are some reasons why your gaming laptop fans could be getting so loud:

Blocking the air vents increases the internal temperatures and causes fan speed to increase in an attempt to compensate for the lack of airflow and keep temperatures stable. In doing so, they can get so loud.

Solution: Always place your gaming laptop on a level firm surface. If you have to use your computer in bed, get a lap desk. It not only allows free air intake but also prevents your laptop from collecting dust and other materials from your fabric. A cool interior consequently results in less fan noise.

2. Multiple Programs Running In The Background

Having too many programs running at the same time puts a lot of stress on your laptop’s processor and therefore a lot of heat is generated. This ultimately causes fans to go into overdrive and become very loud.

If all of a sudden your gaming laptop gets unusually loud, even on idle, it is likely that there is a program running in the background. This is especially true if you recently made changes to your OS or downloaded and installed new software.

Solution: From the Windows task manager, you can view all the programs that are currently running and close the ones you are not using. This reduces the load on your CPU which helps prevent overheating and fan noise.

On Windows, use the “Ctrl+Shift+Esc” keyboard shortcut to access the Task Manager. Next, Right-click on the programs you want to stop, and on the pop-up menu that appears select “Disable”.

From the ‘Start Up‘ tab, also disable the programs you don’t want to run automatically when you turn on your gaming laptop.

Fans, heatsinks, and thermal paste all work together to cool your gaming laptop. Thermal paste, also known as a thermal compound, is used to improve heat transfer from the CPU/GPU to the heatsink.

Sometimes it can be poorly applied in the factory, making it less effective at heat dissipation. Over time, it can also lose its effectiveness and will need to be reapplied.

Without proper heat conduction, the heatsink becomes less effective at conducting heat, thus forcing the fans to work harder than they normally would.

Solution: Remove the old thermal paste and reapply a new one to improve conductivity between the heatsink and the CPU and GPU. An even better solution would be to replace the normal thermal paste with liquid metal which is an even better heat conductor. This is also likely to improve the performance of your Gaming laptop.

Note: The application of liquid metal should be done with a lot of care to avoid spilling it onto the motherboard as it can cause short-circuiting.

3. Failing To Clean Your Gaming Laptop

Without free airflow, your gaming laptop can overheat, making the fans spin fast, and as a result, the fans will be very noisy levels. Dust and other debris can also obstruct the fan blades or cause the fans to wobble as they spin, causing undesirable fan noise.

Solution: Clean your gaming laptop every 6 months to get rid of dust and other fine materials that may have clogged up the air intake and exhaust vents over time. This will improve airflow and eliminate the need for fans to spin fast, which will ultimately results in less noise.

While some people suggest blowing compressed air through the vents, it is only a temporary solution since it disperses dust within the casing without actually getting it out. Taking your laptop apart is the best way to clean your laptop. For this, you may require the help of a computer technician if you are not very tech-savvy.

When cleaning your gaming laptop, take note of whether the fans are spinning freely. If their rotation seems labored, you should consider replacing them, especially if it’s an older gaming laptop.

In order to provide gamers with more features, game developers are constantly adopting new technology. This applies not only to games but to other software as well.

When new features and functionalities are added, more demands are placed on the graphics card and processor. Therefore, if you’re running modern games or software on an older gaming laptop the fans will likely run faster and become loud due to the immense load that is placed on the CPU and GPU (which produces more heat).

Solution: Make sure your gaming laptop meets the minimum system requirements for a specific game or software to avoid overloading. It is common for old gaming laptops to maintain low fan noise when running older game titles but get loud when you try to run newer titles.

5. Having A Poorly Designed Cooling System

Gaming laptops are not all designed the same, some have better cooling mechanisms than others. And Sometimes in an attempt to make gaming laptops more portable and lighter, manufacturers cram very powerful components into a very small chassis. This highly restricts airflow and limits the size of the fans and heatsinks.

If your particular gaming laptop model has a poor heat dissipation system it will overheat no matter what and fan noise will be a problem. Smaller fans have to spin much faster than larger fans to displace the same amount of air needed to cool the interior. The faster they spin, the more noise you’ll hear.

Solution: Buy gaming laptops from reputable manufacturers that conduct thorough research on their products before releasing them into the market. Also, avoid budget gaming laptops that feature cheap components in order to cut costs.

Checking online reviews on a particular model can also be helpful when buying a gaming laptop. If you find that your particular model has design flaws you should as for a refund or get it replaced with a different model if it is still within the warranty period.

6. Using Your Gaming laptop In A Hot Environment

Loud fan noise can also result from using your gaming laptop in a very hot room. 10-35 degrees Celsius or 50-95 degrees Fahrenheit is the safe temperature to use your laptop. Your gaming laptop is more likely to overheat and produce fan noise in a hot room than in a cool one.

Solution: If your environment is hot, find a way of lowering the temperatures, for example, by opening the windows to improve air circulation. Also, consider adjusting the settings of your air conditioner.

Other Things To Consider To Silence Your Gaming Laptop

(a) Place Your Gaming Laptop On A Cooling Pad

Laptop cooling pads can help reduce your gaming laptop’s internal temperatures by a few degrees and prevent overheating. They consist of a flat top surface with fans underneath.

When you place your laptop on a cooling pad the fans at the bottom blow air on your computer’s bottom panel where the air intake vents are located. This allows your laptop to take in air more freely, thus allowing the fans to spin slower with less noise.

Over time, your laptop’s fans can become faulty due to normal wear and tear. This can cause them to start to swirl, creating a loud, and sometimes squeaky, noise.

Therefore, if you’ve had your laptop for quite a while and have never replaced the fans, it would be wise to consider replacing them and see if this fixes the problem. Replacing faulty fans is part of maintaining your gaming laptop and keeping it healthy.

(c) Undervolt Your CPU And GPU To Prevent Overheating

Undervolting your CPU and GPU using software such as Throttlestop or Intel XTU restricts their power intake and helps reduce the heat they produce. Both software is free to use, however, you’ll need to reference a few videos on YouTube to learn how to use them. Lower temperatures result in slower fan spin and consequently less noise.

MSI Afterburner is free software that helps you adjust how fast your gaming laptop’s fans should spin in relation to temperature. You’ll have to play around with it to find out what works for your laptop.

SpeedFan is an alternative to MSI Afterburner you can use to adjust the fan speed. However, it has a bit of a learning curve because it is designed for power users.

Is It Normal For A Gaming Laptop To Be Loud?

It is normal for gaming laptops to get loud when under load, especially when performing demanding tasks such as gaming that engage both the processor and graphics card. But when doing light tasks, fan noise is supposed to remain fairly low.

When your laptop is idle, fans should spin slowly or at intervals when the internal temperatures rise past the set threshold. If your gaming laptop fans are loud even while idle, that is not normal and indicates a software or hardware issue that needs to be resolved.

Depending on the design of your gaming laptop, you may notice one side being louder than the other. Normally, the fan on the GPU (graphics card) side gets louder than the one on the CPU (processor) side because oftentimes the GPU tends to run hotter than the CPU.

How Loud Are Gaming Laptops?

The loudest component in gaming laptops is the fan. How loud a gaming laptop gets will depend on the design and size of its fans (thickness of the blades) as well as how fast they are spinning.

It is normal for gaming laptop fans to be loud, especially when you are running a demanding game or software. But the noise levels shouldn’t be high when performing light tasks such as word processing, watching videos, and browsing the web.

Ideally, when your laptop is under load you want your CPU and GPU temperatures to average between 70-80°C. Not only does this reduce fan noise, but it also prevents throttling. 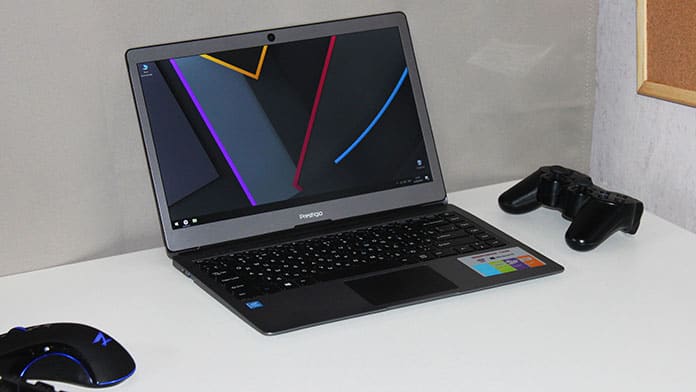 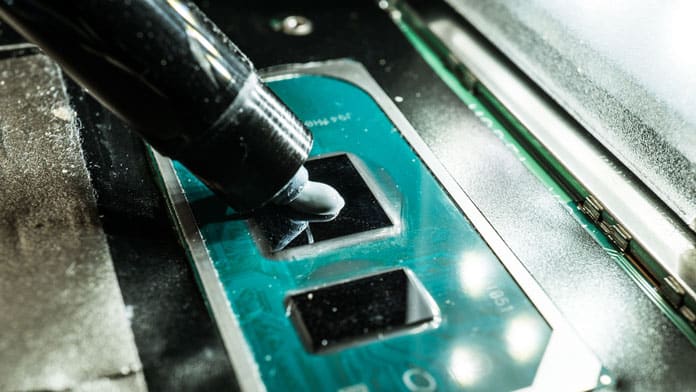 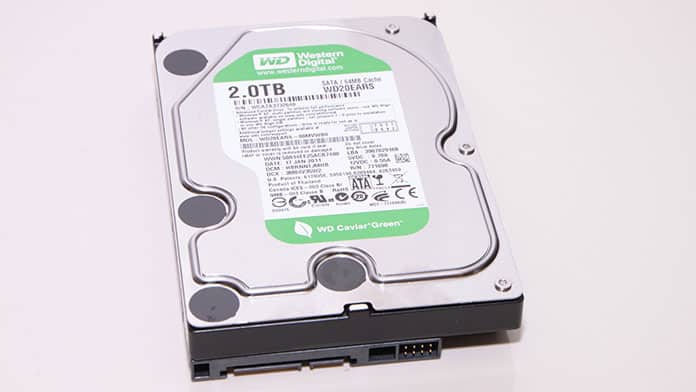 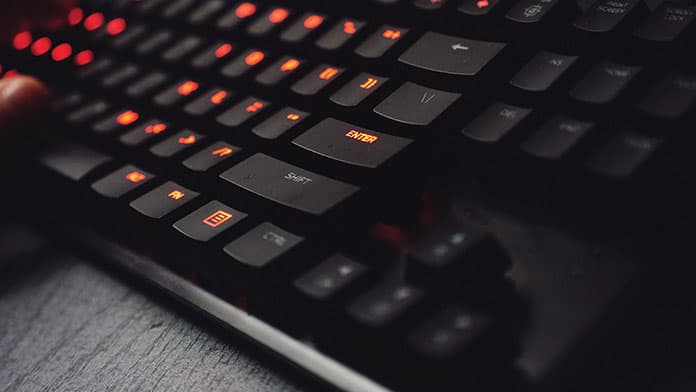 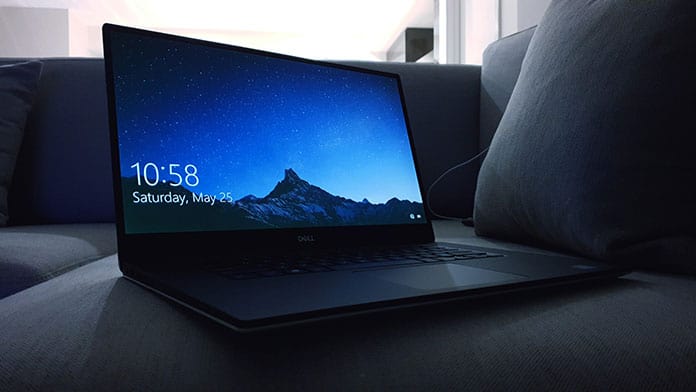 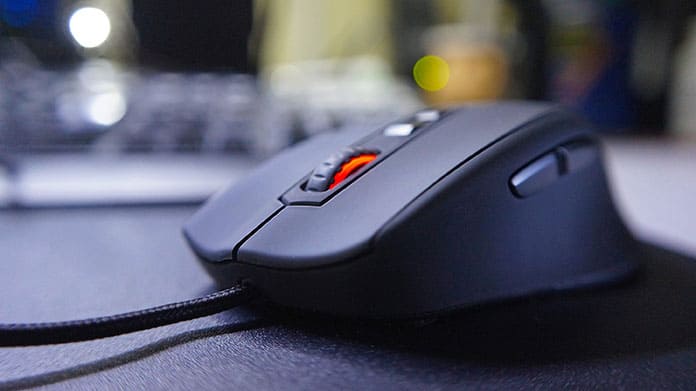