When shopping for a gaming PC, gamers often find themselves asking; should I buy a gaming laptop or gaming desktop?

Choosing between the two can be difficult, especially now that advancements in technology have improved the performance of gaming laptops to rival that of desktops.

It is therefore important to know how the two differ in order to make an informed decision. In this article, we will look at the difference between gaming laptops and desktops with the following in mind:

Portability is the most obvious distinction between the two and the biggest advantage that gaming laptops have over gaming desktops. Desktops are bulky, large in size, and need external peripherals such as a mouse, keyboard, and monitor to function. This makes it impractical to carry them around.

If you love to game on the go, laptops are the best solution. Typically, they weigh about 5 pounds. They can easily be carried to LAN parties or Esports tournaments in a backpack.

Also, consider getting a gaming laptop if you are short on space. Laptops are compact and don’t require a lot of cable management which means they use up very little space.

Everything in a gaming laptop including the GPU (Graphics Processing Unit (graphics card)), CPU (Central Processing Unit (processor)), fan, power supply, etc. is designed to fit in a small chassis.

Modern games come with features such as dynamic weather, photo-realistic textures, and advanced AI that not only responds to your actions but also functions autonomously to improve your gaming experience.

However, enjoying these features relies heavily on having the latest hardware in your computer, mostly the graphics card and processor.

Gaming laptops limit you in terms of what you can upgrade since most of their hardware is custom-designed to be soldered onto the motherboard. Most gaming laptops only allow you to upgrade RAM and storage.

On the other hand, you can upgrade everything on a gaming desktop without buying or building a new gaming rig from scratch. Replacing outdated hardware in desktops is a relatively easy and fast process as long as you know where each component goes.

This means you can start off with cheap components and slowly upgrade them over time to improve performance. Desktops are the better option if you want the flexibility of upgrading your hardware when it gets outdated.

Touchpads, also known as trackpads, are good for simple tasks such as navigating through documents and surfing that don’t require precision. But when it comes to gaming, they are very inconvenient, they lack comfort, flexibility, and accuracy.

Gaming using touchpads isn’t impossible, however, compared to gaming with a desktop’s external gaming mouse, it limits you in a few ways:

If you buy a gaming laptop you may still have to buy a separate gaming mouse which adds to the cost. And if you have to attach more peripherals such as a controller or keyboard, it starts to look more like a desktop.

Most gaming laptops come with a fixed membrane keyboard because they have a small footprint, are lightweight, and are affordable.

However, most gamers prefer mechanical keyboards because they are more durable and can withstand long presses as well as repeated presses of the same keys. For example, industry-standard switches, such as cherry MX switches offer a guarantee of up to 50 million keystrokes.

With gaming desktops, you have the freedom to switch between mechanical and membrane keyboards and go with the one that suits you best.

Demanding games such as GTA V and Final Fantasy XV put a lot of stress on the CPU and GPU. The CPU has to process lots of logical operations and calculate what happens when you click, press the keyboard, etc. while the GPU has to render images fast.

This processing causes a lot of internal heat in both gaming desktops and laptops, and if not regulated, can result in thermal throttling, poor gaming performance, or premature hardware failure.

Compared to gaming desktops, the compact nature of gaming laptops makes them more likely to overheat because it restricts airflow and there’s no room to fit large cooling fans or heat sinks. Liquid cooling is also impossible in gaming laptops.

While there are some things you can do to prevent your gaming laptop from overheating such as placing your laptop on a cooling pad, it is easier to prevent overheating in gaming desktops.

Even though gaming laptops are equipped with better speakers than regular laptops, they are not able to mask out environmental noises completely. Sometimes just the fans can be so loud that they interfere with your gaming experience.

On the other hand, gaming desktops provide you with unlimited sound options since you have the freedom to connect a dedicated sound system to your rig and get dramatic suspense background music for a more immersive gaming experience.

There’s no limit to the level of customization you can do to gaming desktops. With a bit of computer knowledge and a handful of tools such as a screwdriver set and pliers, you can customize everything from the processor and graphics card to the LED lights on the casing.

However, care should be taken when selecting components for your gaming desktop to ensure they are compatible with each other.

Gaming laptops, on the other hand, are built to be compact, they are not meant to be taken apart. Every component in a gaming laptop is custom-made to fit perfectly in its chassis. This means you cannot switch a membrane keyboard for a mechanical keyboard and neither can you fit a regular-sized Nvidia or AMD GPU into a laptop.

Desktops are the best option if you want a gaming PC that looks and performs exactly how you want. You will also experience a lot of satisfaction in picking and handling individual parts when creating your own custom gaming desktop.

The good news is that you can easily upgrade both RAM and storage in both gaming desktops and gaming laptops. But if you need more RAM on your gaming laptop, for example, to stream, edit videos, and record gameplay simultaneously, you can only upgrade it to whatever maximum capacity the manufacturer allows.

You are less restricted when upgrading RAM in gaming desktops since components can be swapped to match your performance needs.

When it comes to both memory and storage, you have more options with desktops than with laptops.

Performance on gaming laptops has greatly improved over the years, however, it still doesn’t beat that of desktops. This is because gaming laptops have mobile versions of the CPU and GPU, which are less powerful than those of their desktop counterparts.

The limited space in gaming laptops makes it difficult to cram in more power without introducing problems such as overheating. For instance, a desktop core i7 processor performs better than a mobile core i7 processor because it has fewer thermal and power restrictions.

Therefore, if performance is your top priority, a gaming desktop will be the perfect match for you.

Let’s face it! It is hard to appreciate the rich picture quality that comes with graphically intensive titles such as Shadow of the Tomb Raider, Battlefield 5, Witcher 3, etc., on a low-end display.

Most Gaming laptops have 15.6 – 17.3-inch displays with only a handful having smaller 13.3-inch displays. Gaming on a laptop with larger displays is better, however, the additional weight and size compromise portability.

Generally, you have more options with desktop displays not just in terms of size, but also in terms of refresh rate, response time, and synchronization technologies such as G-sync and Free-Sync.

The number of ports determines the number of external devices you can connect to a gaming desktop or laptop.

Generally, desktops usually have more ports than laptops. They also give you the flexibility to add or upgrade different types of ports depending on your needs. With it comes to gaming laptops, you are limited by the number and type of ports a manufacturer chooses to install on a particular model.

To facilitate portability in gaming laptops, manufacturers, such as Razer, MSI, and Asus, often have to customize each component so that it fits perfectly in the chassis.

This means that it can sometimes be difficult to get genuine repair parts for a gaming laptop you bought three years ago. By this time, your warranty has expired and without repair parts, your only option is to buy a new gaming laptop.

On the contrary, gaming desktop spare parts can easily be purchased online or from local computer stores since they are standardized. Even if you don’t find the exact parts you are looking for, you can still get another compatible part that and get things up and running again. You can even choose to upgrade the failed component while you are at it.

The smaller size of the display and position of the touchpad on gaming laptops causes gamers to hunch over. Over time, this can cause problems such as eye strain and back problems.

Gaming desktops, on the other hand, have larger displays that can be adjusted to any viewing angle. Peripherals also have long cables, thus allowing you to lean back comfortably in your gaming chair.

Whether you choose to get a gaming desktop or laptop, it is important to take regular breaks from gaming. This will help you prevent all kinds of computer-use-related injuries.

The lifespan of both gaming desktops and laptops depends on the quality of components used, upgrade options available, handling, and how well the heat produced by the CPU and GPU is managed.

High-end gaming laptops, unlike budget laptops, have proper cooling mechanisms that prevent premature hardware failure, use quality components, and allow some of their primary components to be upgraded.

Without upgrade options, a gaming laptop will no longer serve you if your goal is to play the latest game titles. In comparison, desktops have no restrictions on what you can upgrade and offer more heat management options and this increases their lifespan.

Also keep in mind that gaming laptops, due to their mobile nature, can easily be dropped, and if the impact is big enough the laptop can suffer damage. Gaming desktops are less likely to get dropped because they mostly stay in a fixed location for the most part.

Even though gaming laptops drain batteries a lot faster than normal laptops and need to be plugged in often, they are still more power-efficient than gaming desktops. They have smaller fans, GPUs, CPUs, and displays that consume less power.

Gaming desktops are less power restricted, and even though this offers a boost in performance, it also contributes to a slightly higher electricity bill. Desktops not only have larger components that consume more power but also require extra power for all the other connected external peripherals.

It is possible to limit the amount of power consumed by gaming desktops but you can’t do this without sacrificing gaming performance.

So, should you get a gaming desktop or a gaming laptop?

This ultimately depends on your gaming needs. If you travel a lot or need the convenience of being able to carry your computer to Esports events, LAN parties, and school, then a gaming laptop will serve you best.

Gaming laptops are worth it if you need to be able to run demand software such as games, video editing, and 3D applications on the go.

Unless portability is a priority, rather than buying a gaming laptop it is better to start with a cheaper gaming desktop and slowly upgrade it over time. 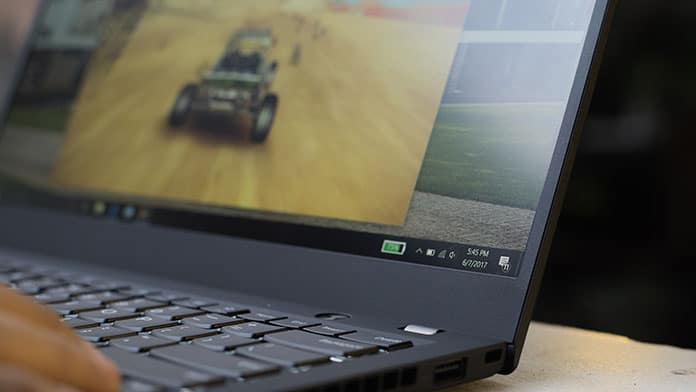 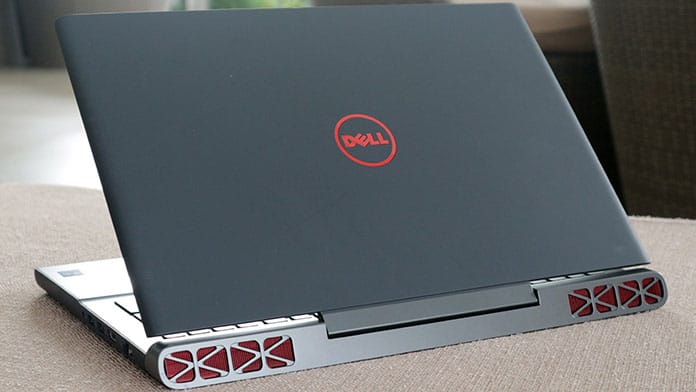 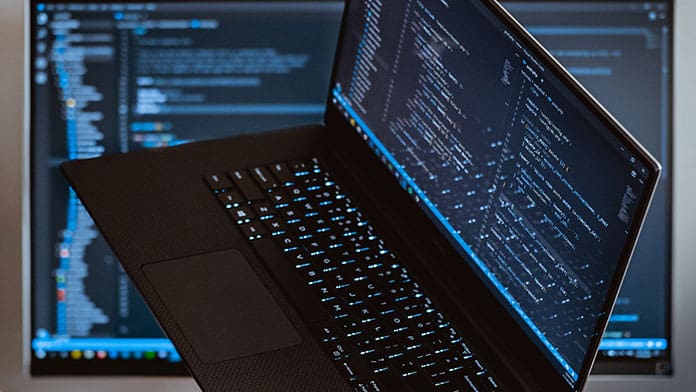 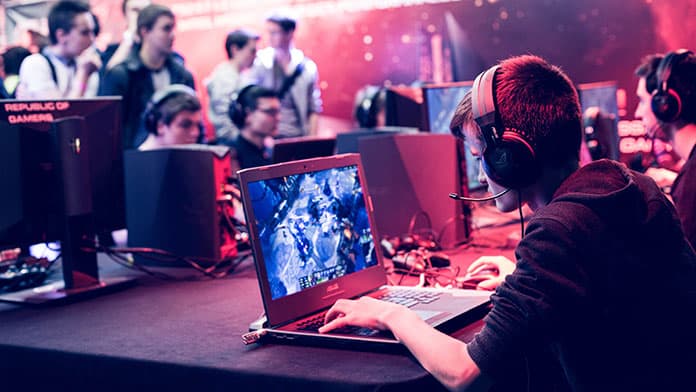 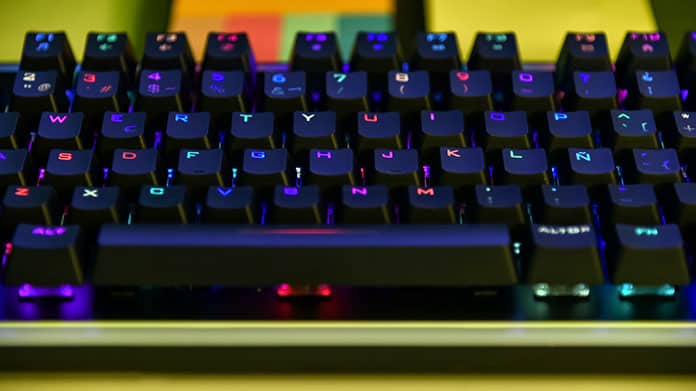